One of the things people sometimes ask us at Think Global is whether we work with people outside Britain, as well as with our schools and partners at home. It’s a sensible question; we are an organisation deeply concerned with what happens in the wider world – so it makes sense that we would also work beyond the UK’s borders.

Traditionally, however, this hasn’t been so much the case. The UK has a strong and deserved reputation as a long-time leader in the field of global learning, but the focus of this work has first and foremost been on building international awareness and understanding within Britain. 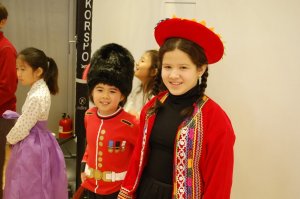 t remains the core of our work here at Think Global, in recent times we have begun to look further afield, and to work more actively with partners abroad; particularly within the EC. So far our experience in Asia has been quite limited; so you can imagine our excitement when Think Global was invited to visit Seoul, South Korea, to present at the Korean Educational Development Institute “International Symposium on Global Citizenship Education” in November 2015.

The purpose of the Symposium was to share best practice and research between countries with global learning policies and practices at different stages and with different contexts: the UK, Japan, South Korea and Canada. Judging by the packed room at Seoul’s Sky Hall, there is a real appetite for this kind of sharing; and it was a privilege both to address the audience and to learn from the perspectives of fellow speakers. Read my Symposium research paper, which presents an overview of global learning in the UK, here. 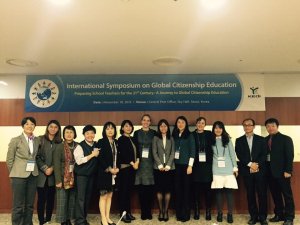 Perhaps unsurprisingly, one of the topics to attract most attention was assessment, and how to measure global learning outcomes – teachers in Japan, Canada and South Korea evidently find this matter of as much importance as we do in the UK. In South Korea particularly, the intense competitiveness of the schooling system means that teachers are constantly aware of the need to know how well their pupils are progressing. There was a great deal of interest in our UK Global Learning Programme, and particularly the Pupil Assessment Tool and Whole School Audit.

The Symposium was a terrific way of sharing international experiences of global learning; but the next step on from that is real classroom practice. I was very fortunate to be able to visit two schools in Seoul, both very different, but equally committed and engaged with international perspectives and issues.

At Dulwich College Seoul, which provides an English-language education option for children of the many expatriates living in South Korea, students in years 8, 9 and 10 have spent time learning about the United Nations’ new Sustainable Development Goals. Think Global had an important role in developing the World’s Largest Lesson, which was launched worldwide in September 2015; and it was fun to share some of our experiences and insights about the SDGs with the students. In turn, I fielded many questions from them about a range of international issues and concerns; including some very perceptive ones about the likelihood of achieving the SDGs! 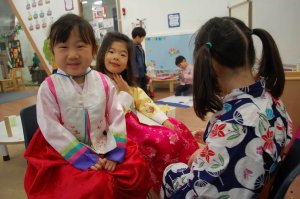 rep, an English-language preparatory school in southern Seoul, students are also deeply embedded in international issues and learning; even those as young as two! EHP is unusual in having a global citizenship programme that involves all students, even the very young ones, and the benefits of this were clear on the day I visited, which was also the school’s ‘International Day’. Taking advantage of the diverse nationalities of the children attending, the school had organised a range of activities designed for students to learn about their own and their classmates’ nationalities and cultures. The national costume parade was a highlight of the day!

As in the UK, the national government has a key role to play in shaping global learning practice through policy, research, regulatory and funding support. So it was with great interest that I took up the opportunity to spend a day with the global learning team at the Korea International Coopera

tion Agency (KOICA – South Korea’s equivalent of DFID). There is currently considerable Government interest in international learning in South Korea, evident not least in hosting of the World Education Forum in 2015; and at the curriculum level global learning also is prominent. The 2009 National Curriculum goes as far as to state that a ‘desirable human character’ should include culture and pluralism, as well as communication with the wider world, care for others, sharing and community development. Presenting a seminar on the UK’s approach to global learning, it was evident that there 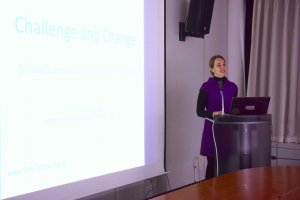 is keen interest in other countries’ governmental approaches to global learning – I was quizzed on the depth of David Cameron’s commitment to the SDGs, and whether the UK is likely to play a real role in ensuring their achievement.

It was a great privilege to spend a week in this fascinating city, and learn something about how global learning is happening (in fact, thriving) in vastly different cultural contexts. There were many lessons, ideas and inspirations to take back, but among the most pressing of these was the sense that in some parts of the world, there is real momentum and enthusiasm behind the development and practice of global learning, even (perhaps especially) in countries with little history in the field. It will be worthwhile to watch closely how programmes and practices grow and change in countries like Japan and Korea in the future, and to look actively for ways to collaborate – not only to share our own experiences, but to learn from new and dynamic approaches, that are truly fitting in the 21st century.

Think Global is grateful to the Korean Educational Development Institute for hosting the experience, and for providing us with the opportunity to join colleagues from schools, government and NGOs to learn together. We are also very grateful for the time and support of staff at KOICA (particularly Ms Su Yeon Park), at Dulwich College Seoul, and at Eton House Prep school.