Teach First participant and Primary School teacher, Phoebe Rudgard, discusses the importance of tackling controversial topics with children and ways in which we can help young people to better understand these issues.

As a helicopter carrying some of Trump’s large security and team flew over the classroom from Stanstead Airport on 12 July, my pupils began to scream. As they did, they expressed their hatred and disgust.

He’s the boss of America!

As I swiftly closed the blinds and tried desperately to encourage the class to get back to their work on listing the properties of a square- based pyramid, one of my six-year-old students came over and asked me a question. ‘Why does that man want to build a wall between Mexico and America?’

I didn’t know where to start.

Donald Trump’s first year and a half in office in the US has sparked discussions over a number of global issues; gender, sexism, immigration, democracy, data, gun control and terrorism are just a few of the key themes of debate which have been constantly running worldwide throughout his turbulent presidency. Trump’s influence on national feelings towards race and religion have not only been reflected in the media, but also in young people, as identified by the NUT’s motion passed last year noting a ‘rise in racist attacks and abuse’ since his election, with children increasingly mimicking Trump’s derogatory language and behaviour in the playground (TES, 2017).

It can be extremely challenging for teachers to address these controversial and complex issues from the classroom. As Hanna Naima McCloskey and Sara Shahvisi of Fearless Futures write in the Guardian (2017),

Young people must have an education that enables them to stand up for justice, to act in solidarity with their peers, and to lead change. But under the strain of ever-growing workloads and emotional exhaustion, it seems impossible for teachers … to challenge the hateful narrative that unconsciously seeps into classrooms.

It is especially challenging to deliberate how these topics should be addressed in the primary school environment. What depth of understanding is it necessary for young children to have on complex global events as erratic and unpredictable as the leadership of Trump?

Approaches such as Philosophy for Children (P4C) show the capacity that young children do have to understand and articulate their thoughts on abstract concepts such as inequality, identity and diversity. By contextualising the debates surrounding Trump’s presidency using experiences relatable to young children, students can begin to consider their own opinions using the evidence they are presented with. For example, you could ask students to sort a mixture of (appropriate!) adjectives commonly used to describe the US leader into those which are positive and those which are negative. Ask them which characteristics they would like to have and why. This is a brilliant way to build children’s vocabulary and encourage them to give reasons for their answers.

It is therefore important to encourage our pupils to practice these skills of critical thinking through enquiry-based learning, questioning and by adding a global dimension to education. It is only by teaching children how to investigate key global issues that they can in turn begin to view events critically and actively themselves. 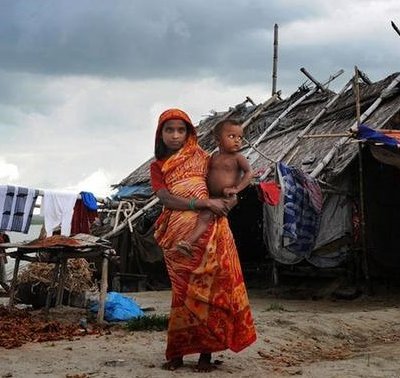 Understand, think and then act on global issues.