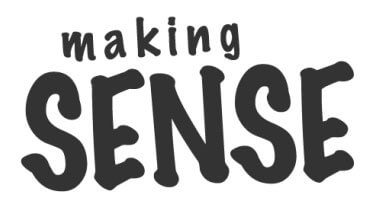 Kate McCarey is an ex teacher and senior manager in the secondary sector of education, who has always felt strongly about helping young people unravel the complexities of some of the big global issues of the day. Her new website http://makingsense.global describes the kind of lectures and workshops which she is willing to undertake for schools.

There is no doubt that the current Syrian war and refugee crisis is one that frequently defies understanding for many young and not so young people. Despite having access to all the information anyone could possibly need via the web, negotiating one’s way through various websites is a minefield, in terms of the density of information and its lack of clarity. Many school students come to such global crises only as they unfold and have little background of previous relevant world events to aid them. It is salutary to remind ourselves that 17-18 year-olds today were only 5 or 6 at the time of the invasion of Iraq and the removal of Saddam Hussein. Finding clearly laid out, factual and, as far as possible, balanced information is difficult.

This means that many young people, who desperately want to help when they see the plight of Syrian refugees and who have strongly developed altruistic sensibilities, end up being informed by a ‘sound bite’ culture. They may reach some understanding through chats with friends, on social media, family conversations and news bulletins for as long as the issue remains ‘flavour of the month’, and of course there are some who are determined enough to keep persevering and become extremely well informed.  But, through no fault of their own, the odds are stacked against them.

Key Stage 4 and Sixth Form secondary students are heavily pressured by examination courses and the stress this generates and so they have little time and energy to acquire information on the big issues and thus to be able to work out an individual considered standpoint.

Over the last twenty years or so the school curriculum has been enriched by the inclusion of compulsory personal, social, health and citizenship education. A gradual realisation of the importance of lifestyle issues and citizenship within education has resulted in much excellent work in schools across the age ranges. Now we need to do the same for global education and crucially in the Key Stage 4 and Sixth Form age ranges which are currently so dominated by examination courses and preparation for the ‘next step’ in an academic sense. Over the last decade many general studies and enrichment programmes have fallen by the wayside as pressures on schools to achieve the best possible results for league tables have been overwhelming. Interesting and innovative Global Issues examination courses do exist and relevant content is also embedded in other courses such as Geography and Politics but their take up is optional and so they reach only a small percentage of the available pupils. However we do now have a small window of opportunity with the return to linear A levels which is creating more space, particularly in the Lower Sixth (Year 12) year. This could allow more time for enrichment to include global issues across the whole year group.  But in the end we are also dependent on the Department for Education and those responsible for curriculum design to recognise how crucial this is. Some issues may creep in under the government’s new ‘Prevent’ strategy but not all. One of the most frustrating aspects of trying to educate about global issues is that there is always a pecking order at any given time and that this is often driven by the most recent war or disaster, which is newsworthy. Long-term underlying issues like climate change, which may ultimately be the most challenging of all, then get placed on the back burner in the public consciousness.

But as organisations like Think Global know, learning skills are transferable and, once acquired, can assist young people in forming a considered and educated response to a crisis as it unfolds. Not least among these is the ability to be able to recognise the reasons for people’s different viewpoints. These can be explored in workshops, debating, in role plays and the creative arts.

The United Kingdom has always been enriched by migrants settling here and bringing with them new perspectives on the world as we know it. The current migration situation, with all its complicated and far reaching tentacles, all its images of horror in Syria, Iraq, leaky boats, at border crossings and on Paris streets epitomises the need for a global education which is balanced informative and rigorous. After all, these young adults are living in an increasingly small and connected world where the ramifications of these current issues will forever be ‘on the doorstep’ rather than in some remote and far removed location which they choose to know nothing about.