Jane Anderson from Development Education Centre South Yorkshire (DECSY), talks about the work they do to support schools with global learning, to encourage students to become global citizens. 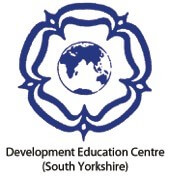 DECSY is a Sheffield-based educational charity which has been providing training, resources and advice for over 30 years. It supports schools to achieve a holistic ‘broad and balanced’ curriculum and encourages students of all ages to see themselves as global citizens wanting to create a better world. DECSY staff work in the Sheffield region, at a national level, and have developed an international reputation, leading work in China, Turkey, and most of all, across the European Union.

DECSY uses an active learning approach, and staff are all qualified trainers in Philosophy for Children (P4C), which underpins all DECSY training. P4C helps children to develop critical thinking skills and to learn to listen to and respect others’ views. An Education Endowment Fund trial also demonstrated improved attainment in maths, reading and writing, and a narrowing of the gap between advantaged and disadvantaged pupils.

Two DECSY staff are National Leaders for the Global Learning Programme, a Department for International Development (DfID) sponsored programme which has reached 7,500 schools. They have enabled teachers to deliver effective teaching and learning about development and global issues, and helped young people get to grips with topical, controversial and sensitive issues.

DECSY’s Gender Respect Project (2013-16) looked at children’s attitudes and expectations with regard to gender, working with local teachers and children. One outcome of this project was the need identified for a Gender Equality Charter Mark (GECM) and work is now being done on a secondary school charter mark. Funding was secured from the European Union, with UK work involving a nation-wide schools group and support from the Institute of Physics, and European partners devising charter marks for Hungary and Italy.

The DECSY training offer is wide-ranging and can be individually tailored for schools or groups. ‘Open’ courses in P4C are run regularly and ‘Whole-school’ P4C training has been delivered to dozens of schools. P4C is a tool rather than a subject so can be used in all areas of the curriculum to enhance the quality of children’s learning. It encourages children to think critically, but also caringly, creatively and collaboratively. 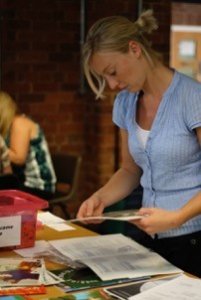 Other DECSY training includes Cultural Diversity, gender issues, ‘Developing as an Eco-school’, ‘British values’ and Spiritual, Moral, Social and Cultural (SMSC) development. DECSY has links with ‘Southern Artists’ – artists and educators from the global South who can provide sessions for schools. A further EU-funded project focuses on global maths, while other work involves areas such as Fairtrade or climate change. ‘Schools linking’ projects are connecting schools which are geographically close but very different in terms of catchment area and intake, bringing together school classes and often their parents too. And the legacy of previous projects persists online, with websites such as ‘SEAL and the Global Dimension’ continuing to provide teachers with ideas, resources and references.

DECSY is a membership organisation which schools, groups and individuals can join. Membership benefits include free loans of books, teaching packs, DVDs and DECSY’s artefacts boxes (on global themes), and discounts on training fees and resources purchases. It is not necessary to be a member to book on a course or to use DECSY’s well-stocked resources shop.