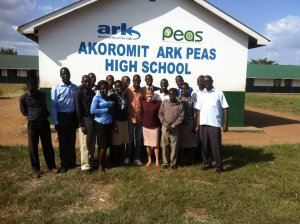 On joining Think Global as a Programme Manager in January 2016, it has taken some time to get my head around the concept of ‘global learning’. It’s a wide-ranging term, taking varied forms. Learning might take place in the classroom or from textbooks; but most importantly, learning is experiential. For me, my year spent living and working in eastern Uganda has to be my most significant experience of global learning.

I worked with PEAS Uganda between September 2014 and August 2015. PEAS’ mission is to expand access to sustainably delivered, quality secondary education across Africa, and local staff are achieving this in Uganda by building and running a network of low-cost secondary schools across the country (currently 24). Having trained and worked as a teacher through the Teach First programme, my role as an Education Specialist was to work with the eastern region team to provide support to the regional cluster of seven schools, with a particular focus on enhancing the quality of teaching and learning. 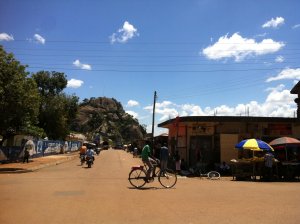 After my first few months in Uganda, the thing that struck me the most was how multifaceted the country is. Based in a small town called Soroti in Teso region in the east, I was lucky to spend time working at the head office in the capital Kampala, and to visit other PEAS schools in the west and the north. The culture, geography and climate of Uganda vary hugely from region to region – there are over fifty different tribes, speaking many different languages. Arriving to the rolling hills of the bustling capital Kampala on the shores of Lake Victoria, it was a shock to move to hot, dry Soroti where the main tourist attraction is a big rock in the middle of an otherwise flat landscape! As one of my friends described it, “we’re basically in the middle of a big swamp” – with all the mosquitoes that came with it! Incidentally, Soroti has a small airport, and a flying school…

The ‘Pearl of Africa’, Uganda is incredibly diverse with so much to see and do. Highlights of my year included safaris in some of its beautiful national parks, paddle boarding on the source of the Nile at Jinja and seeing mountain gorillas in the wild. 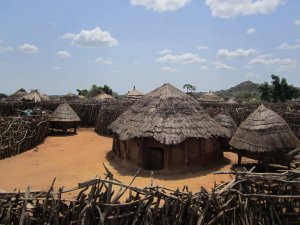 One of my most eye-opening experiences was visiting the remote region of Karamoja in the northeast, home to the nomadic Karamojong people (a group of different tribes who originally migrated from Ethiopia), many of whom remain true to their traditional way of life. It was fascinating to visit their “manyattas” – defensive homesteads centred around cattle pens, and to see their cultural dress and decoration.

Spending most of my time in the east and part of my time in the north of Uganda, I was humbled to hear some of the experiences of people who had lived through the 1986 – 2004 civil war, and how it continues to affect them. At one hostel I stayed at in a town called Kitgum, the owners of what was then a family home told how during the conflict, they would watch between one and three thousand children and teenagers walking into the town each night, seeking protection from being abducted in their villages by rebel fighters, and returning to their communities the next day. Needless to say, the population of towns in northern Uganda mushroomed during this time. One of my colleagues told me that for many of the young people at the school we worked in in the north, they would come from families that had been displaced during the war.

An often hilarious, at times frustrating year (weekly 36 hour power cuts some to mind), I loved working and spending time with my three colleagues in the eastern office, learning about their backgrounds and perspectives. For every school we worked in, it was fantastic to witness the passion and enthusiasm of teachers, and their commitment to give every child a quality education. 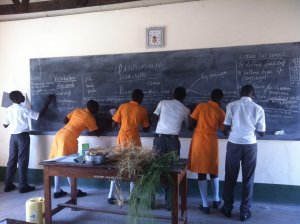 In Uganda, only one in four young people currently continues from primary to secondary education. This is where ‘ global learning’ becomes critical – it is only through awareness and understanding of such challenges that people can work together to find sustainable solutions. I look forward to bringing my own learning and experiences into my work with Think Global, and using these insights to enhance the organisation’s work raising global awareness amongst young people.