I was fascinated to read Tom Franklin’s blog posting about the struggle between the Red Shirts and the Yellow Shirts in Thailand and his insights into some of the different opinions around the development of democracy more generally. Frankly, until I read his first-hand account of the situation there, I was under the impression that the Yellow Shirts were championing the cause of democracy. I now appreciate the greater complexity – that some people see them as fighting for the narrower interests of the urban population.

Which just goes to show how misleading the ‘black and white’ headlines can be on any subject without understanding the underlying issues. We can’t always be there on the ground when big events take place; but when we do have the opportunity to travel, taking a critical perspective can really bring the experience alive, and help us see and understand things at a deeper level.

It was with this in mind that my wife and I decided to take ourselves on tour of Cuba. We wanted to experience the culture and to see for ourselves the changes which are beginning to happen, through the lives of real people. In order to be able to do this, we took advantage of a scheme the Government has recently begun allowing people to open a room or two in their homes under licence to tourists.

Only a small proportion of houses in Cuba are large enough to be able to offer accommodation to tourists. We found the families who operate these “Homestays” are very welcoming. However, we would have had more interesting conversations if we had been fluent in Spanish. 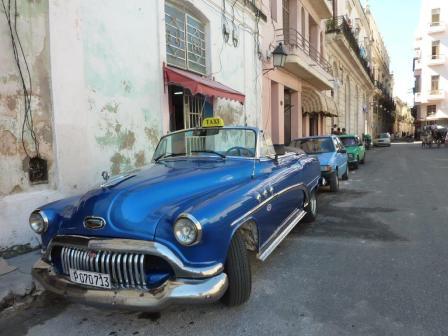 For this reason, we learnt much more from taxi drivers and especially our tour guides.

We discovered in this way that the tensions which are being played out on the streets in Thailand contrast sharply with the air of resignation amongst Cubans about their lack of democracy. Years of central planning and control by a single party in Cuba, with the consequential absence of the policy innovation which characterises a multi-party liberal democracy, seem to have had a stultifying effect on the development of the country and its people.

There are posters everywhere reminding people of the ‘success’ of the Revolution 55 years ago. People we spoke to (who were cautious in what they said) generally thought that at first, Fidel Castro and his guerrillas put an end to an era of ruthless dictatorships. Under his Communist regime, which has been in power since, the Cuban economy did benefit for many years from its bilateral trading relationship with the former USSR. When this collapsed in the early 1990s, however, the economy plummeted and has remained very weak. The protests on the streets in Thailand contrast sharply with the air of resignation amongst Cubans about their lack of democracy. Years of central planning and control by a single party in Cuba, with the consequential absence of the policy innovation which characterises a multi-party liberal democracy, seem to have had a stultifying effect on the development of the country and its people.

My impression is that as a result, the majority of Cubans now live simple – and by Western standards, impoverished – lives. However, to its credit, there is a rich tradition of music and dance which the Government has fostered along with funding to enable universal education and healthcare.

Also, in the last year or so the Government has begun to allow people to generate their own income through a limited range of private enterprises. Some who we spoke to were positive that this is helping the tourism industry to flourish and 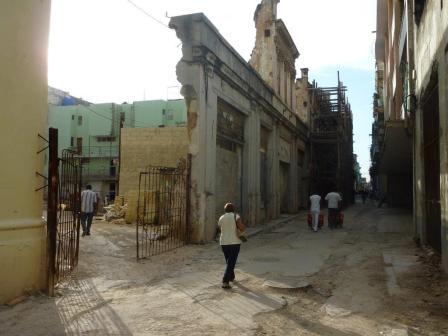 that together with a bilateral trading relationship with China, economic recovery is beginning to happen. We noticed that some high profile building renovation of the otherwise crumbling infrastructure is taking place.

Behind these seemingly positive things, however, the Government ultimately owns and controls virtually everything. Most people are directly and indirectly Government employees. They receive a salary which many told us is not enough to live on, even taking account of the free rations of basic food supplies available to everyone. We learnt this from our tour guides who were mostly teachers and doctors whose salaries are around $20 per month and who therefore welcome the chance to supplement their income in this way.

The media, the phone system and the internet are all State controlled. From what we saw and heard, this seems to limit and distort information about what is really happening, both nationally and in other countries, and filters out any criticism of the regime itself. Unlike in Thailand and in other countries grappling with democracy, social networking is very much suppressed.

Through numerous conversations it emerged that many Cubans are fearful of the consequences of appearing to be anything other than positive about the regime. For starters, their source of supplementary income would be at risk. They told us that for this reason, whenever they discuss anything even remotely political amongst their friends it is always behind closed doors.

The very limited provision for democracy is distinctly self-serving. We were told that representatives are elected at local level, a few of whom are then elected to the next tier and so on through successive tiers right up to the Cabinet. However, the huge gap between local issues and national policy making as well as the self-selecting nature of the process self-evidently reinforces the power of an unchanging leadership.

So what do we conclude from all this? The Cuban Revolution did indeed achieve its aim to liberate the people from the awful oppression they were being subjected to. The prevailing culture of crime, prostitution and gambling was halted in its tracks. We understand from talking to people that today there is very little crime. We certainly felt completely safe in the side streets of Havana after dark.

However, our impression is that the same leadership which brought about this transformation and which at one time offered the solution to Cuba’s ills has for many years stood in the way of progress. It is hardly surprising that, having isolated themselves from challenge and influence outside their tightly knit cabal for so long, the regime’s Communist ethos has remained substantially unchanged over the intervening years. By keeping a lid on the development of private enterprise and civil society, they have failed to harness the energy and creativity of the country’s greatest resource – its people.

Looking ahead, we are told that Fidel Castro’s brother Raul will remain as President for two more years before handing over the reins of power. Given what we saw, we think it is unlikely that this in itself will lead to any significant change towards democracy. So, unless there is a social networking revolution such as we have seen in a number of Middle Eastern countries, our conclusion, from our observations, is that there is little prospect of anything other than continuing slow development of the country and its people for the foreseeable future. 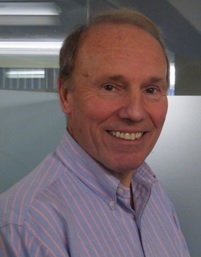 By Stewart Crocker, Chair of Trustees for Think Global