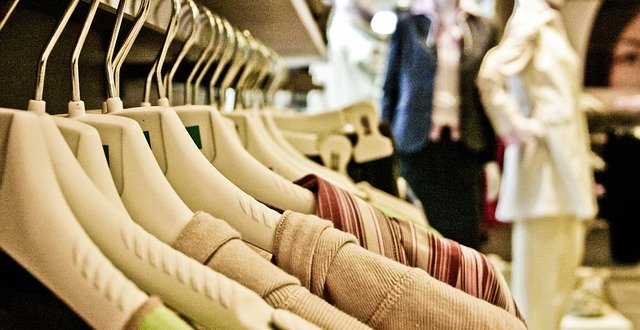 Kate Jones, Programme Manager at Think Global, discusses the importance of ethical shopping but when faced with time and financial constraints, there’s still a need for fast fashion.

Next week my eldest is in the school play, The Pirates of Penzance. Last weekend was the only chance to find the costume. She’s the tallest in the school, so no chance of borrowing anything from a friend – apart from the hat, sword and scarf. So, we dropped the youngest off at a party, loaded up the costume list emailed from school, and set off with 90 minutes to scour the streets of Peckham.

Wanting to spend as little money as possible, we started in Traid – Textile Recycling for Aid and International Development. Traid collects unwanted clothes and sells them on or upcycles them, abrilliant way to reduce, reuse and recycle. They use the funds raised for projects across Africa and Asia, from helping to prevent forced and child labour in garment production, to working with cotton farmers to grow organic cotton. Their education work in the UK engages schools and young people through talks and resources. 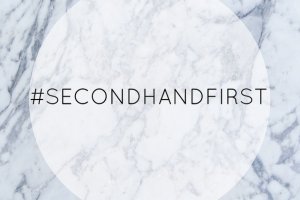 Traid in Peckham is a huge emporium of second-hand clothes – but they’re not charity-shop cheap. A belt for £8.99 was discarded (borrow one of mine!), and while we walked out with the traditional voluminous white shirt and waistcoat befitting of a Pirate King, we’d spent the best part of £20, and still had boots and trousers to find. And we’d already spent 45 minutes searching through the racks.

The rest of the charity shops in Peckham yielded nothing; we hot-footed it to a different shopping street for several more, and finished up empty-handed apart from some pirate-themed tattoos (temporary – we only had 45 minutes). We were seriously running out of time.

Rushing back to Peckham, we had time for one more shop, and we needed it to deliver the goods without breaking the bank. So we rushed into Primark, got everything we needed and were out of the shop having spent little more than a fiver, inside 10 minutes, achieving our mission on time, to deadline and within some sort of budget, thanks to fast fashion. Effective project management sometimes needs a strategic compromise, right?

And there’s the rub. When somewhere is so cheap, so fast, so convenient and so reliable, how do we all stop using it, in favour of any option that’s more sustainable, but also more expensive, more time-consuming and more difficult? While we don’t want to just buy new stuff that’ll end up in landfill, we also don’t have the wherewithal to spend weeks on a one-off costume.

You might suggest I make the costume. That’s just dangerous – I broke so many sewing machines at school I got banned from class. My sewing equipment consists of those little kits you sometimes get in hotel rooms. I glue on Scout badges. (No, they don’t stay on. Surely the first badge you work on should be a sewing one, so you can learn how to sew the badge on. Don’t get me started.) There might be those who’d suggest my partner makes the costume. Believe me, I’ve suggested he sews on a Scout badge. That didn’t work either.

There’s an argument that we should buy fewer, better quality, sustainably-sourced items. I agree with this – it makes sense to me to buy something that’ll last, if nothing else because I haven’t got the time to look for a replacement next year. That’s why I didn’t have any unwanted clothes at home that we could cut up and turn into something suitable. It’s hard to hold those values of reduce, reuse and recycle when you need to supply a one-off outfit, now.

I’m a great supporter of Fairtrade, and would choose Fairtrade cotton clothes if I could – especially now that Fairtrade have started to certify textile factories too. This new film for schools about Fairtrade textiles will show students how that’s making a difference for garment workers in Asia.

But like any regular punter, I buy from a choice presented to me at the point I need it. If high street shops hear that consumers want to choose more ethically sourced products, they might listen, but the assumption is that unless we stop buying so much fast fashion – or even boycott some of our favourites in favour of ‘ethical’ brands – they won’t make meaningful change.

Honestly, unless I work less, or have fewer family responsibilities, or have unlimited funds, I don’t think I can completely give up fast fashion yet. It’s just too easy, just like heating up a dubiously-sourced, plastic-wrapped meal for one that was bought on the way home from work is easier than planning, sourcing and cooking a meal from scratch using seasonal, ethically produced food from a local producer. I need to face up to the fact that what stops me making more sustainable, more sensible, choices is a lack of time.

That’s a shame because there are plenty of opportunities to engage with ethical fashion – a list from Huffpost, a blog from Moral Fibres, and an article from The Independent might all be a good starting point for a spot of research on brands that make better choices so that we can too. I’ve looked (very briefly) at them all. Can you believe it? NONE of them stock pirate outfits.